I now weigh 20 kilos more than I did in April. I’m not without my vanity, and have been known to google Celebrity Baby Body for a look at best-case scenarios in how long it will take to look normal again, but my current mass is surprisingly undisturbing to me (until I have to get up from sitting on something low, or walk up the stairs). Marcin is also fascinated, and looks at me from time to time and giggles. He calls me Kobieta Kula (Ball Woman), or sometimes just Samica (Female). Revenge for the early days of our romance, when his friend passed on to him my comment that he looked like a cartoon character ( glasses, overbite, potato nose. I stand by my claim). My sister, who I would not expect to know about  such things, suggested I get a tummy tuck during the  ceasarean I’m likely to have- since they’re digging round in there anyway, they might as well deal with all the loose skin.

This odd pride in my misshapen organism coincides with its return to functionality. I love strolling about and watching people eye my girth. I’m back to the feeling I had at the beginning- that I’m so clever for reproducing. I’m happy to stay pregnant for a  bit longer and enjoy this stupid sense of achievement.

Most people do this when they are in the middle of their forced inactivity, but they’re better women than I am. I only dare to be overtly grateful now that the danger period has passed and I am up and about again. Apparently it has all sorts of mental health benefits though, so better late than never. Here are some of the things I had to be thankful for while confined to quarters.

1. The fact that I didn’t have any other children. I have no idea how people manage when they have other young kids, unless they can afford a  nanny.

2. All the help I had from Marcin and my parents, especially Marcin, who miraculously stopped complaining about 10 minutes into the whole drama and hasn’t resumed yet.

3. The fact that I didn’t have to worry about money, even though I stopped working much earlier than I planned and expected.

5. Reasonable mental health which meant that I didn’t fall into a black depression, despite doing nothing for 10 weeks. I wouldn’t have thought this was possible, but I’m 35 weeks pregnant and still sane.

8. The discovery of meditation- it works on me, which I had also never thought possible.

9. The ability to sleep for most of the night, most of the time. It’s gone now, which is what reminds me to be glad I had it.

10. The fact that we managed to move house before I started having problems, and not after.

Ten things is probably enough, and in my defence I will say that most of these occurred to me at the time, not only in retrospect. I suppose the gratitude game is really just a variation on another favourite mental hygiene exercise of mine- the Someone Else Always Has It Worse game.

I have, lately, fallen in love with graphs. I’m not indiscriminate about it.  I like graphs which plot time against quantity or likelihood; that is, graphs that show change and flux, which means that my affection doesn’t extend to Venn diagrams or pie charts.

A combination of my shortened attention span and a new interest in statistics has led to this unlikely passion- a graph can be read in a split second, making it the perfect way to transmit information to somebody who can’t focus on anything for more than the blink of an eye, and  the perfect antidote to Hilary Mantel’s 700 page novel on the French Revolution. A graph can excise all superfluous description- no weather, no mood lighting, no subtle dialogue, just cold hard facts.

Unifortunately, for the purposes of comedy, the less beautiful kind of graphs and charts are more effective. See below. 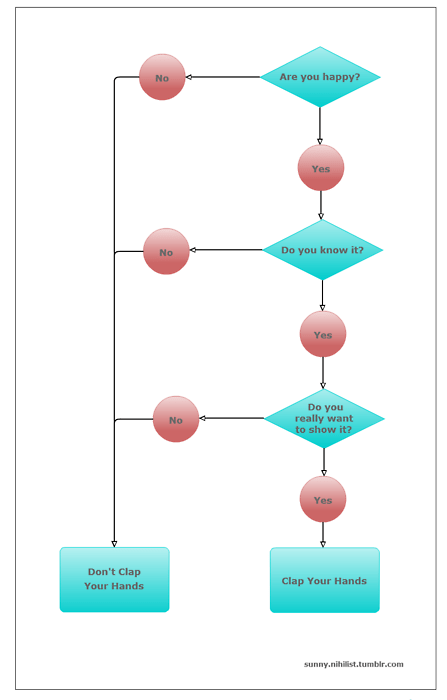 As time passes, I am getting more restless and consequently more reckless. My outings, instead of instilling  a faint panic, (will my babies fall out if I cross the road to the bus stop by the stairs and not the lift?) can inspire a sense of overwhelming joy.

I now consider it a great privilege to walk half a block to the doctor’s surgery in the rain and gloom, wearing normal people’s clothes and holding hands with my husband. Last Saturday I was made euphoric by a Gaviscon run to the pharmacy in our building and a trip to the corner shop, via a novel route (around the back across the lawn instead of  through the carpark). It’s the dark, damp dogshit time of year, the almost-bare trees scratching at the sky like a Japanese ink drawing, the intoxicating smell of wet earth and burning leaves from the allotments behind our block of flats. Even so, everything looked new and lovely. A bunch of leftover purple berries hanging over a brick wall,  a tree with a crop of sour little sunset-red crabapples, the lurid primary lineup of the recycling bins . In the shop, we peered into the freezer and I tasted again the sweet taste of supermarket tourism in a strange land.

This outing- the clean, wet air, the immediacy of puddles and sodden grass- dragged me out of my pyjama-swaddled coma and cheered me up for at least 48 hours. It’s possible that my level of physical activity is so low that a walk to the corner can send me into an endorphin-crazed frenzy for days.

I was reading Hilary Mantel’s autobiography recently (as I slowly work my way through her collected works on my Kindle) and, while being fascinated, I had to wonder what her family would have said and thought about her version of history.  I like the idea of  looking back with adult eyes on the baffling world of childhood, and hers was more baffling than most (her mother’s lover moved in with them and after a period of menage-a-trois, her mother, the lover and the kids moved on and never saw their father again). She records a sort of deafening silence surrounding these events, which were only ever addressed obliquely.  But her account is peculiarly unsympathetic, as if she hasn’t shaken off her child’s lack of empathy; at the same time, adulthood hasn’t really enlightened. The mysteries of early life remain mysterious.

Now that my own parents are here and we find ourselves regularly unable to agree about who said what to who and when (let alone why), there  seems to me to be a real injustice in autobiography.  You wait for everyone to die and then commit your version to paper for posterity. It’s the writer’s prerogative: the ultimate claim to the last word.